The Growth of Women in Technology 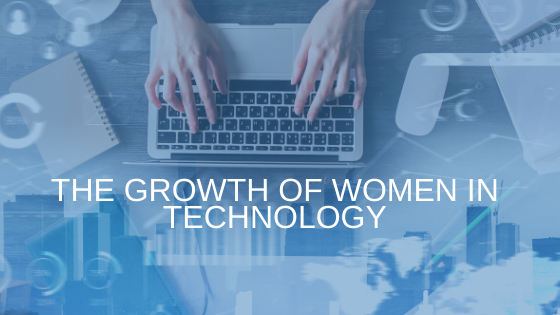 In part-two of SkyWire's Women In Technology series, we explore the expansion of women in the technological work space.

Women have paved the way in technology over the centuries, trailblazing and pioneering for future women in technology across the globe. The history and growth of women in tech, however, have been misguided over the years. While many of our pioneers in technology, specifically computer programming, were women, we often see that women are misrepresented in computer sciences today. We also see a changing workforce in the modern era. Women's needs are changing, and the workforce needs to meet the demand.

The 19th Century of Women in Tech

It is a wide-known fact that colleges for women did not open until the mid-1800s. These women's colleges often offered science courses, which helped women pursue a career in science and technology. Professional opportunities were limited. For women, even getting into the teaching field was hard for women to do. Female faculty members had no choice but to leave their career if they were to get married. This discouraged women from growing within the realm of science and technology.

Though there were many challenges, technology pioneers such as Ada Lovelace, worked on Charles Babbage's analytical engine. She paved the way for other women of her time to gain a career in technology. Her ambition and thought leadership left a mark on the technology sector for women.

The 20th Century of Women in Computers 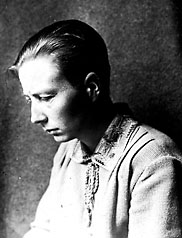 Though women came a long way in the early 20th century, technology was still a restricted area for women to enter, even though 'suffragettes' were on the rise. Math and science were both avenues that women suffered because of the "spinster" jargon around it. Some women disregarded the stigma and made contributions to technology. One woman who stood out among the rest was Grete Hermann and her doctoral thesis, The Question of Finitely Many Stepsin Polynomial Ideal Theory (1926). Grete's thesis established the groundwork for what we now know as computer algebra. And she developed algorithms within abstract algebra.

Later on, during World War II, the draft and the urgency for technology advancement brought in technology advancements for women. These two factors paved the way for the greater decade into the Space Race. Throughout WWII, hundreds of women found jobs in engineering, and as technicians on the Manhattan Project. There were several hundred at work on this project. The secrecy of their contributions to science and technology stayed unrecognized until after the war.

With that became the influx of female computer programmers throughout the 1940s. At the time, these female computer programmers were called "calculators" and "computers." One of our most well-known computer programmers on Harvard Mark I, Grace Murray Hopper, was able to design a program to calculate the coefficients of the arctangent series. She was self-described as "the third programmer on the world's first large-scale digital computer." She also introduced debugging into the technology vernacular. The story itself is humorous. She found a dead moth in a computer and taped it into her logbook, describing it as the "first actual case of a bug being found."

During the Space race of the 1950s and 1960s we saw female figures, Katherine Johnson and Margaret Hamilton. Katherine Johnson, a pioneer in Aeronautics with NASA, worked on the John Glenn Friendship 7 Mission. She also worked on the Apollo moon landing. Eventually leading to receiving the Presidential Medal of Freedom in 2015. Margaret Hamilton designed the on-board flight software for Neil Armstrong and the Apollo mission. She also has received Medal of Freedom Honors. These women recently received recognition, when at the time, their appreciation went ignored due to the social climate.

Though we saw a growth in the 20th century, with women joining the technology workforce during World War II and the Space Race, the beginning of the 21st century saw low numbers in women earning computer science degrees. Though, all other areas were increasing. Why the gender gap? Because of the historical lack of recognition of women's contributions throughout the 20th century. The missing link was the lack of female role models from universities worldwide, as well as the lack of recognition in the industry.

One of the precise reasons for the lack of women entering the computer science field is this: 70% of women with families said that having flexible work is of the most importance. And did you know? 50% of women coming from top MBA programs will exit their careers within a decade of graduating from either choosing to leave or being "forced out."

As the workforce changes, so do the needs of the people looking to take top technology spots. Women are now looking at the flexibility to overcome that gap in the workforce. Perhaps more future-oriented training within technology will enable more women to receive tech training, skills for leadership, and entrepreneurship.

Because of the changing workforce, 17% of global technology startups have a female founder. Perhaps the reason is that only 3% of the money coming from venture capitalists is given to companies led by women. Despite the lack of encouragement from venture capitalists, First Round Capital found companies with a female founder are outperforming entirely male companies by 63%. That power within the technology workforce is promising to our future female tech leaders.

As we move forward, ambitious young women can look up to the great women of the 19th and 20th centuries. Women can also look up to technology CEOs, who encourage other women to gain leadership positions in tech. Role models such as Facebook COO, Sheryl Sandberg, IBM CEO, Virginia Rometty, and Meg Whitman of Hewlett Packard are just a few to lead the way at prominent technology companies. The women in technology today are here to inspire and encourage young women to enter the technology field, including computer science. Also, many technology companies are looking to solve the talent crisis and recruit more women. These women will shape the future of technology for centuries to come.

Stay tuned for the next and last installment of SkyWire's Women in Technology series, where we explore the modern landscape of women in technology careers.